Did you know that female athletes experience bullying three times more often than their male counterparts? Unfortunately, the disc golf community is not immune to this disappointing reality. And I have experienced this firsthand. When I began playing disc golf back in 2008, I traveled, practiced, and competed with a former boyfriend and his friends. I was one of the few females in the area who competed. Back then, I felt safe. I played with the same group of people who were encouraging and uplifting because we were all learning at the same time. I was also very fortunate to meet a few women in the Western Pennsylvania area who welcomed me into the sport. I really had nothing but positive experiences.

Being a Woman in a Male-Dominated Sport

Fast forward a few years when Instagram and disc golf media really began to take off. It was also around this time that I began traveling to play larger events, playing collegiately with the University of South Carolina team, and connecting with more disc golfers on social media. This is when I began to experience unwanted advances, comments about my appearance, and unsolicited advice about my form, both online and on the course.

We like to think that the disc golf community is a safe, welcoming space for people from all walks of life, but in reality, there are issues within our community. It is not always rainbows and unicorns, as much as we’d like to think so.

Historically, I have not made it onto lead cards at big events, so I am rarely featured on the larger disc golf YouTube channels. But I have witnessed the sexual harassment and bullying that occurs on the women’s pro-open coverage. And some of it is downright scary.

Can you imagine being a full-time touring pro, excited about a recent win or podium finish, heading over to YouTube to check out your round and seeing derogatory, hateful speech flooding the comment section? Imagine what that could do to your psyche and mental health over time. As we all know, disc golf is already a very mental sport and this additional negativity can have a dramatic impact on the mental wellbeing of a player. 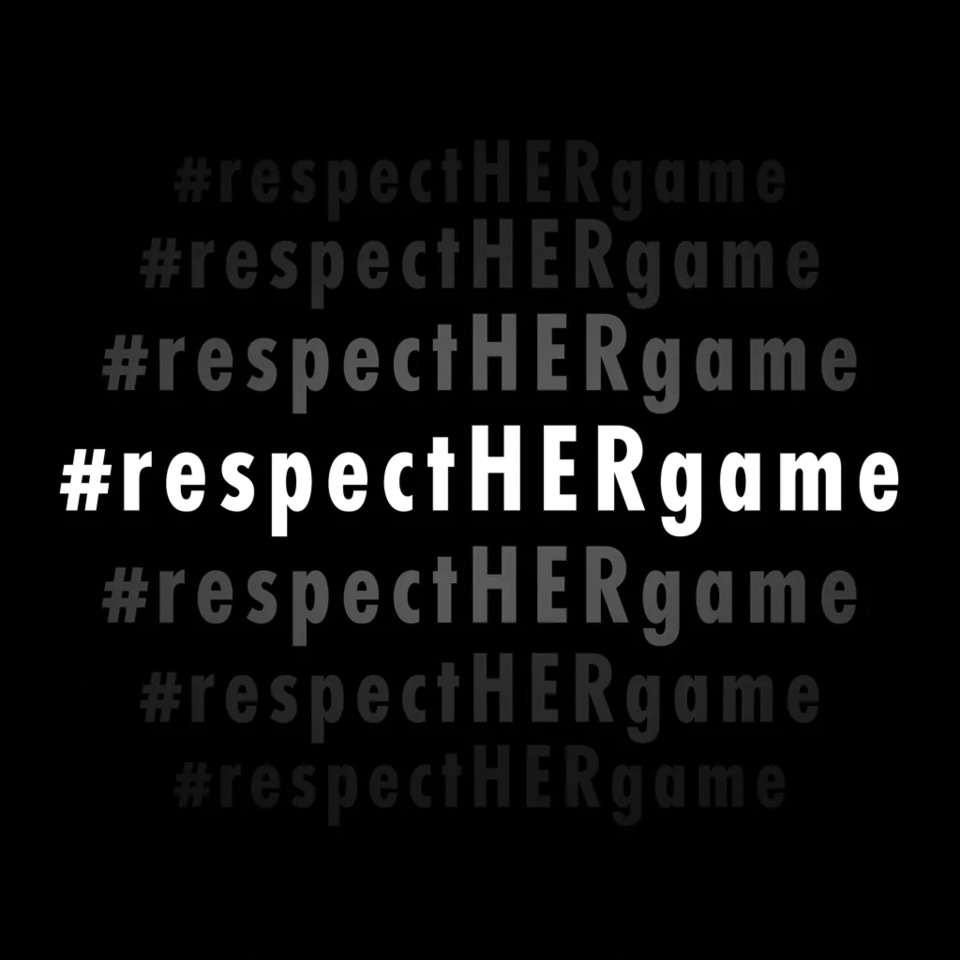 The #respectHERgame movement has been bubbling near the surface for quite a while. The breakthrough occurred when a brave female disc golfer from Germany posted to the Discgolf4women Facebook group. She was concerned about the comments she saw on a video, posted by a well-known disc golf company, of a woman throwing. This spawned a larger conversation about the way many women have been treated over the years on the course and online – objectified, sexually harassed, and bullied. Over the coming days, probably close to 100 women shared their personal experiences as victims of these actions.

As a victim of bullying herself, Catrina Allen felt strongly that she needed to step up and do something. She approached Sarah Hokom, Vanessa Van Dyken, and me to get the ball rolling. From there, the #respectHERgame movement was born.

Together We Are Stronger

On Oct. 6, 2020, the disc golf community came together in solidarity on Facebook and Instagram, flooding their feeds with photos and videos in support of #respectHERgame. Hundreds, if not thousands, of disc golfers, have shown their support in making disc golf a more positive place for women.

As Catrina, Sarah and Vanessa played their practice rounds at Winthrop University to prepare for the Women’s National Championship, I held down the fort at home, fielding countless messages and emails from social media and the #respectHERgame website. Most of these messages were positive, and I was shocked by how many of them were from men. A few men admitted to a lack of self-awareness when it comes to “mansplaining” or giving unsolicited advice and comments. A few thanked us for bringing this issue to light. Several men with daughters who play disc golf thanked us for paving the way for their future in the sport.

This movement is a grassroots effort led by a group of passionate female disc golfers. I know there will be many discussions and planning sessions to create a roadmap for the #respectHERgame movement. The future of women’s disc golf depends on greater respect, positivity, and support from the larger community. We hope that we can move the needle on this. Thank you to all of the disc golfers and disc golf companies that have committed to making a more positive space for women. 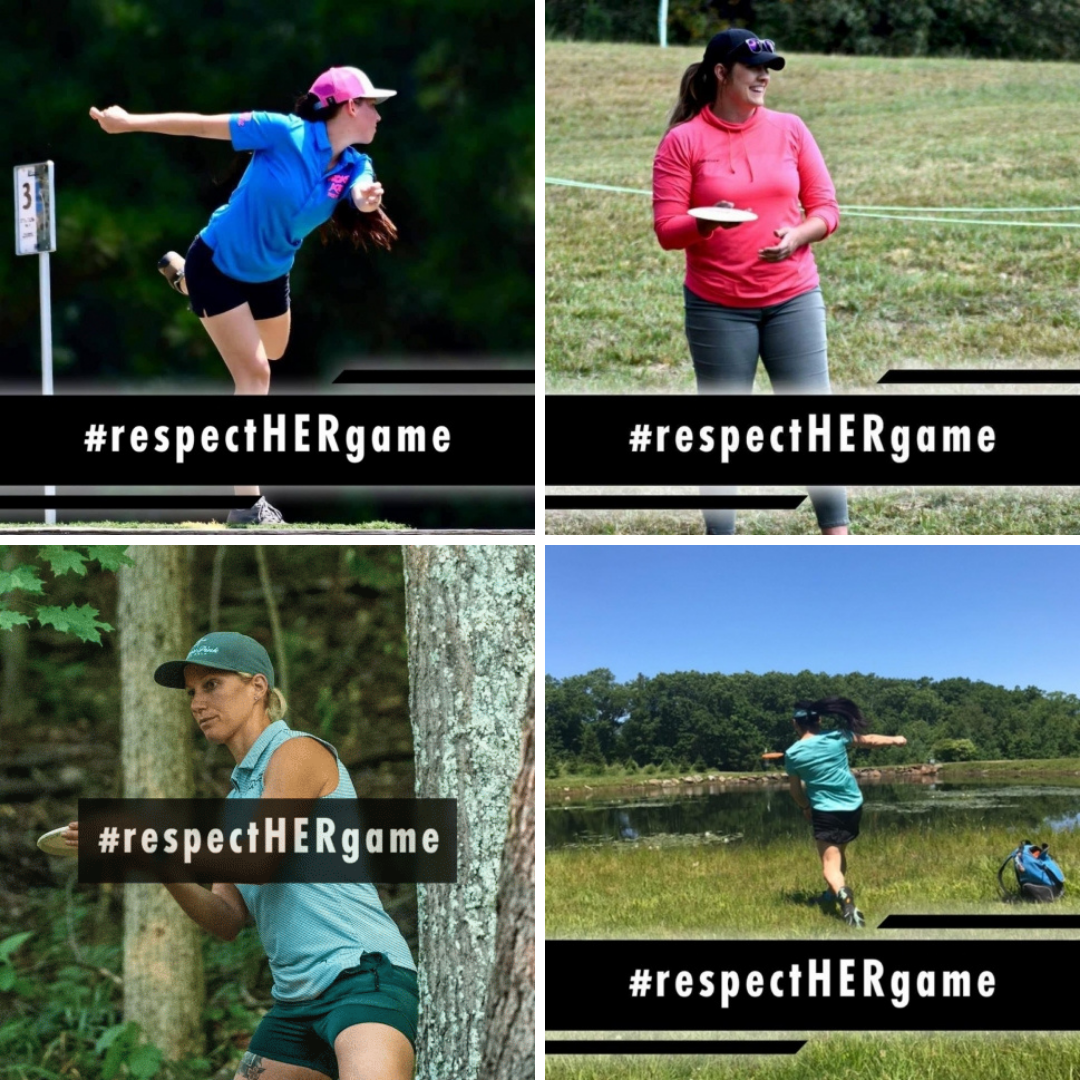 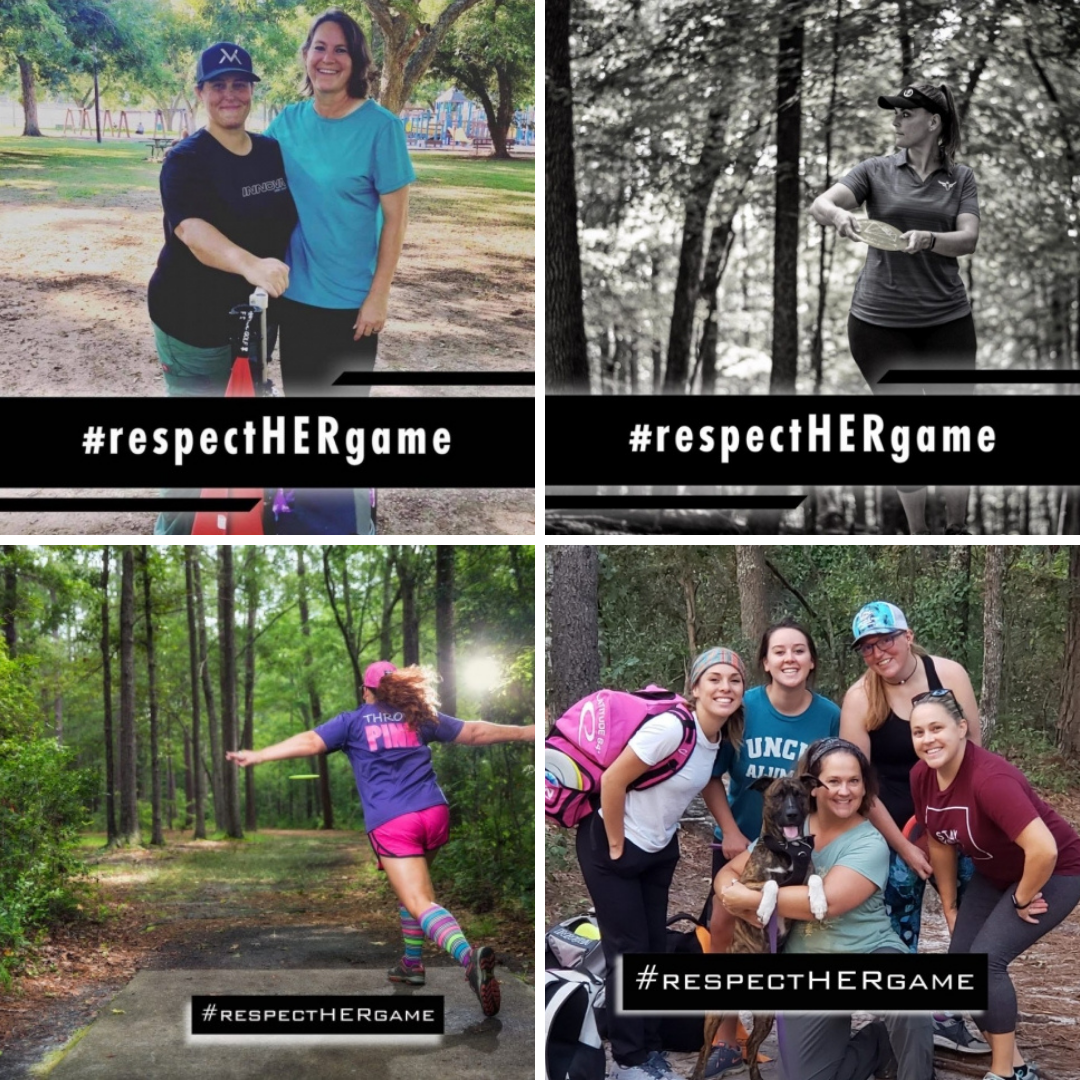 Co-creator of the #respectHERgame movement and experienced disc golfer.